We’re in a positive revolution. I know, it doesn’t look that way. Often such revolutions are invisible. Doesn’t mean they aren’t happening.

Smart people are on this revolution’s early edge. People like Facebook Co-founder Chris Hughes and Democratic Presidential Candidate Phenom and entrepreneur Andrew Yang are not only planning, but are vocal about implementing a basic income for all Americans. Don’t get me wrong. A basic monthly income of $500-$1000 will not allow most people do nothing status. But it’s a start.

Persuading Americans there’s immense value in doing nothing is a long road. To get there, we gotta start somewhere. Even if Basic Income isn’t implemented or Yang doesn’t become president, post 2020 election America will know more about Basic Income than they ever have.

That conversation starts breaking down Americans’ collective belief that working hard is the only way to success. The next to fall is the idea that Americans are free today. Both beliefs must go.

That’s what this revolution is about.

And both beliefs will go. In their wake will come new ideas. Ideas including what people already know, but hardly see evidence of. Even though evidence is plentiful.

Doing Nothing Is Inspiring

They say success is an 80/20 game. It’s actually a 1/99 game. One percent of success comes from your effort. The rest is happens when you “let go and let god”. I explained this analyzing Arnold Schwarzenegger’s famous success speech in which he claims working your ass off is a prerequisite to success.

In basic secular terms, Americans are as not-free as any other group. Freedom means being able to do whatever one wants – even doing nothing – with no negative consequences.

Recently, an American helped me understand how free Americans are. He gave an example of a street musician:

“A street musician is free to play whatever he wishes to, subject to panhandling or other ordinances (he doesn’t have a natural right to block my use of a sidewalk or street). I am free not to pay him if I see no value in his product.”

This is accurate of course. But it’s not freedom. It does describe the way things are now. Which I call “non-freedom”. Let’s look at the dictionary’s definition of “freedom”:

“Hindrance”, “restraint”, “not being subjected to a, or affected by (a particular undesirable thing)”…all these words point to the nature of freedom as it doesn’t exist in America.

So is our street musician.

They are all hindered, restrained. They do not enjoy unrestricted lives.

How do Americans not get this?

Eighty-five percent of the world’s population apparently hates their job. So at least 85 percent of humanity world wide is not free in this one dimension. It’s fair to say most Americans are in that bunch. And that’s just looking at jobs.

If you’re not free, you’re damn sure going to make sure other people aren’t either. Which is where I think people’s disdain comes from. They imagine some guy sitting in his basement playing video games all day.

“If I gotta work, you damn sure better work too”, they think.

Social pressure is like a fat poop rolling down hill in a brown stream of water. We all get caught up in it. Working. Losing our asses. And our lives. The whole thing stinking in the process. We’ve just been in it so long, we don’t recognize the stench.

Natural questions arise when thinking about everybody doing nothing. Who will make things people need? Who will do jobs no one likes to do? How do you expect people to get their food, clothes, etc.? Someone must make these things.

These things can be made. And everyone can be free at the same time. Just because you can’t figure how that is possible, doesn’t make it impossible.

Capitalism and its version of “freedom”, which is really non-freedom, is extremely poor at figuring this out. That because it forces everyone to work. Why would it figure out how to free people from working when it depends on everyone working?

That makes no sense.

We need a new socioeconomic system. New ways of thinking too. I explain what that thinking sounds like in this recent 30-minute conversation.

Your Mom’s Priceless Contribution To The World: You

For example, how much money did capitalism pay your mom for birthing and raising you? How about your dad? How about your grandparents? How about all the generations of people who came before you, without which you wouldn’t be here?

All those people provided you and the world with immense value. Were it not for who they were (not necessarily what they did, but including that), you wouldn’t be here.

And yet, capitalism’s non-freedom hasn’t recognized any of that value. Priceless value!

Multiply that by the 300+ million people in the United States. That’s massive amounts of value capitalism fails to acknowledge and reward. This value is worth something. And that’s just one area in which capitalism’s non-freedom fails. There are many, many others.

So when a person says “People are perfectly free to produce goods and services others do not value” that person is going along with a system that fails to acknowledge and compensate most real, obvious value humans create.

It’s impossible to know in advance the value of a human, sitting in his basement somewhere, doing whatever he is doing.  It’s better to assume value is there. He is generating value. You not seeing it doesn’t mean it’s not there.

Nor do you or can you know what he might someday do after sitting there. So you can’t assess that person’s contribution value. Well, you can, but you’d be wrong. Unless you claim the value is intrinsically, inherently high. Which it is.

I know that person’s value is inherent.

When a person offers something having immense value (who they are), but value society doesn’t value, they risk losing things they shouldn’t have to lose: resources they need to thrive.

I 100 percent agree with people who say this.

But I wouldn’t use the word “tyranny”.

It is coercion. And no one should be coerced because everyone is inherently free and of value.

Here’s where I would use the word “tyranny”: That a person must find something immediately “valuable” to others to do, instead of what they are passionate about, so they can get their basic need. That is tyrannical.

As a result of that tyranny, many, many potential Picassos, Gateses, Jobses, Musks, etc. get lost to waitressing, garbage hauling or Walmart. Or they become drug-addicted sufferers. Why? These people know they have value. But society doesn’t. Unless they contribute as a cog within a narrow band of capitalist value.

Otherwise, they’re “drags on the system.” I’m changing that. 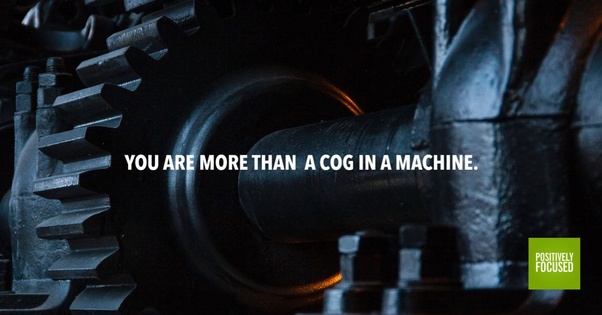 The Goal: No One Having To Do Anything

You’re free not to pay that street musician. However, just because NO ONE at the time may see value in what he is doing, doesn’t mean he shouldn’t be afforded the necessities while he hones his music to the point where people value it.

We can have a future wherein you aren’t obligated to do anything you don’t want to do. Including giving your money to someone because you think their contribution is worthless. While at the same time, that person you think is producing no value, is producing value. As such, they can receive all the necessities they need. And that’s done in a way that leaves you (and everyone else) free.

See the difference between that and today? This is why I say people aren’t free in America.

Your freedom would be impinged upon if the musician or a third party forced you to reward that musician. That said, a world is possible that doesn’t force you or anyone else to pay the musician. YET, the musician is “paid” and still gets his needs met.

We (America and the world) CAN pay people to become the best of who they are, without taking anyone’s money who doesn’t want that to happen. And it can be easy.

Some things to think about:

That’s where the future is going. Facebook’s Hughes thinks only people working should get a basic income. He’s still stuck in the poop stream. Yang’s showering off the stench. He thinks every American should get $1000 a month unconditionally.

It’s a good start. But we’ll go much farther. We have to. That’s what the whole revolution is about.

2 thoughts on “The Best Future Hinges On You Doing Nothing”